Who Is The One Who Sets The Bones? 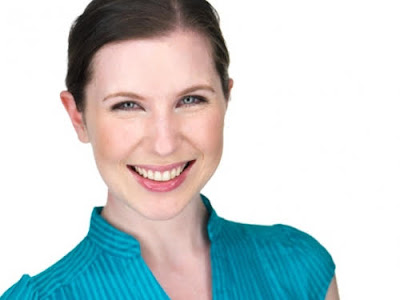 Q: What is the first show you remember seeing?
A: The Tempest. My dad's an actor (or was, he's mostly retired now). One of my very earliest memories is watching him in The Tempest at intermission. The director's concept had Prospero summoning a volcano during intermission. I remember him standing on stage with robes and a staff and theatre-magic lava flowing behind him. There was definitely a point in my life when I legitimately thought my dad could summon volcanoes. I was  a pretty well-behaved child.

Q: Whom would you like to throw a tomato at?
A: Oh God. Can I say Trump? Is that too political? Can it be monkey poop instead of a tomato?

Q: What would be a No-No in Noh Theater (We know you've studied it bunches)?
A: This is so exciting! No one has ever asked me about Noh before and it's just been sitting there on my resume forever waiting for someone to notice. Serious answer: movement without purpose. Less serious answer: wearing your mask out in public and freaking out the locals and/or tripping over your kimono when you're performing as a Kōken.

Q: Which planet (other than earth) would be your ideal setting for Hamlet?
A: Obviously Pluto, right? In that Pluto used to think it was a planet but now it's not. Just like Hamlet used to think he was going to be a king but now his mom is almost certainly going to get knocked up again if he doesn't go ahead and kill everyone else before it happens?

Q: What is your favorite spice?
A: Allspice. Why pick one when you can have all of them? (I can almost guarantee I'm copying someone else's answer here, but I'm going for it anyway.)

Spicy Witch Production's Spring Season pairs Bonesetter: A Tragislasher (World Premiere) directed by Anaïs Koivisto with Thomas Middleton's The Revenger's Tragedy as newly imagined by Spicy Witch Artistic Director, Becca Weiss. Auditions are coming up the first weekend in March and the shows run together in Repertory this May 2016!

Want to know more about this awesome lady? Here's a blurb:
Anaïs Koivisto is absolutely thrilled to get this chance to work with Spicy Witch Productions (and can't wait to get started figuring out how to scare the $%&# out of our audiences). Previous directing credits include The Dispute, The Roaring Girl, Heart of Oak, A Map to Somewhere Else,Something Wicked, Briar Rose & the Thirteenth Fairy, It’s Just the Radio, and Erik Ehn’s The Saint Plays. She has directed for Seiche Productions, Looking Glass Theatre, 3V, and CORE Artists' Ensemble. Anaïs is the Artistic Director and co-founder of Everyday Inferno Theatre Company, holds a BFA from Boston University and has studied at LAMDA and ACT, is a New York Affiliate member of Seiche Productions, and has served as a member of (Re:) Directions Theatre Company and the Theatre Artists’ Conspiracy. www.anaiskoivisto.com
Posted by Unknown at 12:55 PM